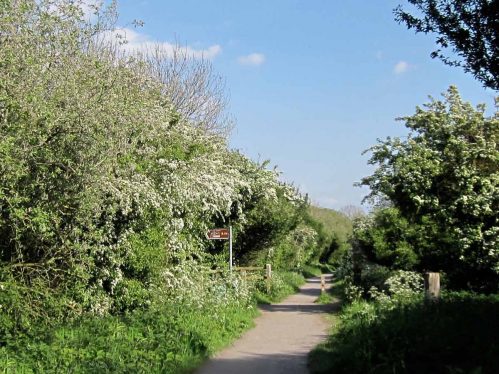 Much of the old railway branch line running between Yatton and Cheddar is now a pleasant countryside walk and shared cycle path.

Through an agreement with Natural England and North Somerset Council, YACWAG manages the biodiversity interest on the Yatton-Congresbury section - which is part of Biddle Street Site of Special Scientific Interest - in conjunction with an agreed management plan.

YACWAG’s work is mainly around managing the ditches on a long rotation to create habitat for a wide variety of wetland species, while providing sufficient cover for wildlife. The birdlife on this part of the Strawberry Line is exceptional, particularly in terms of breeding warblers (see Wildlife below). 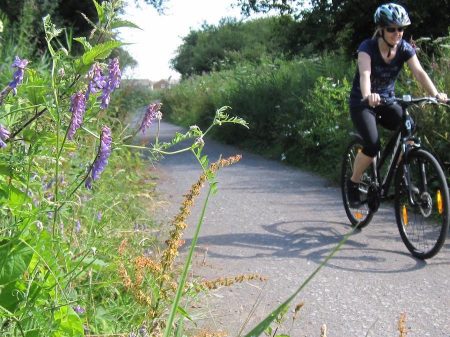 SIZE: The distance from Yatton to Cheddar is approximately 10.5 miles.

PUBLIC ACCESS: Start and end of trail at the far end or Yatton Station car park. Next access point in Yatton is at Biddle Street, which becomes Chescombe Road leading to High Street. There is a public footpath which links the line to Mendip Road alongside the allotments, but this may entail walking through a field of cows. At the Congresbury end the line intersects with the Weston Road (A370).

HISTORY: The Cheddar Valley railway line used to run from Yatton to a village beyond Cheddar called Witham. It’s commonly known as The Strawberry Line due to the large volume of locally grown strawberries which were transported on the old branch line to the mainline station of Yatton where the produce could be distributed nationally.

The northern end of the railway line linking Congresbury to Yatton was built from 1867 onwards. Due to the low lying marshy environment the trackbed was raised to form an embankment. This was partly made of local clay that was dug from pits along the route. Much of the workforce were Irish labourers known as “navvies” (navigators). These days the pits have become deep ponds and are important wildlife habitats.

The site attracts a rich variety of wildlife. Here are some of particular interest. 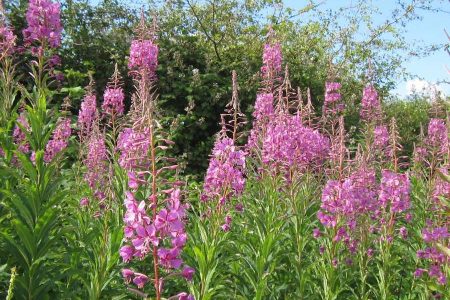 Rosebay Willowherb, also known as Fireweed as it colonises burnt ground
(a reminder of when steam trains ran on the line) 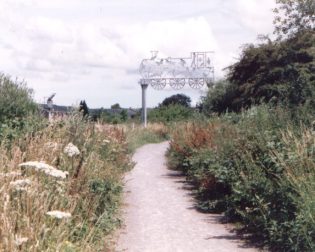 (note: access also via Yatton Station car park, and at the Congresbury Yeo, off the A370 Weston Road, Congresbury, BS49 5EB)